Stone is the Name of the Rose 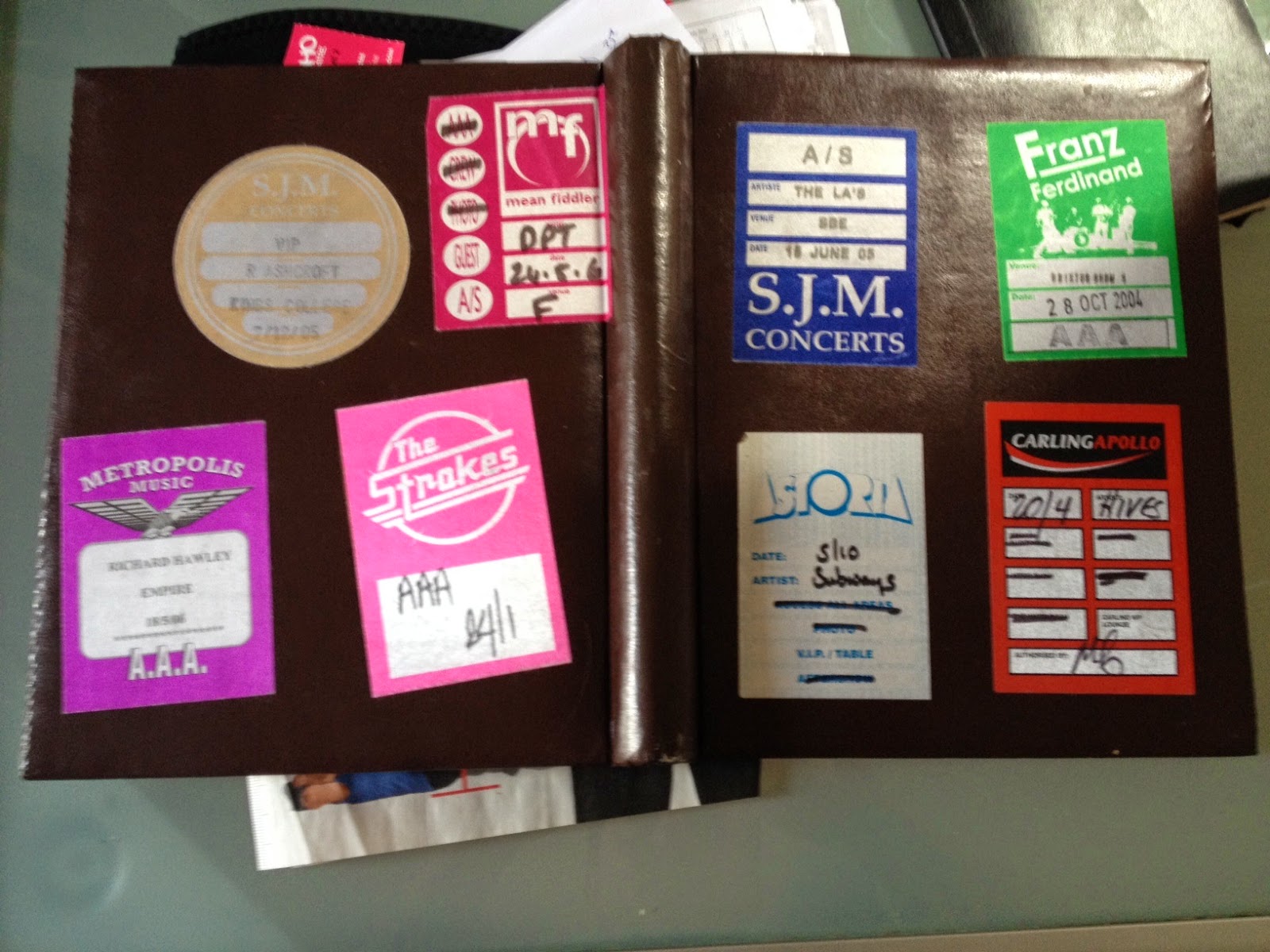 In June 1989 I was living in South London and  had just finished my summer exams. Looking back 25 years ago, it was a pretty amazing time on all sorts of levels. The events in Tiananmen Square, with the military intervention in response to mass protests  had taken place and whilst the Berlin Wall was yet to fall, the border was beginning to be more regularly breached  and revolution was in the air. As if capturing the zeitgeist, The Stone Roses' debut album had been released in May, its cover famously including three slices of lemon, allegedly as an allusion to a reference a guy made to Ian Brown that lemons could be used as an antidote to tear gas.

The Roses' album was a seminal event for me, and their gigs were life affirming. I had actually seen them quite a few times before the album came out and I'll blog about these another time. This entry concerns 4 The Stone Roses gigs, in the space of five days, beginning on the 26th June, a quarter of a century ago today. I haven't got all the ticket stubs for this unfortunately, but I have got a page of the photo album I used to stick my ticket stubs into which has three of these (the date of the Birmingham one is wrong as this was a  re-arranged date). I've also put the cover of this important social document at the top of the blog as a sort of teaser of what might come in the future. The Stone Roses page is below. 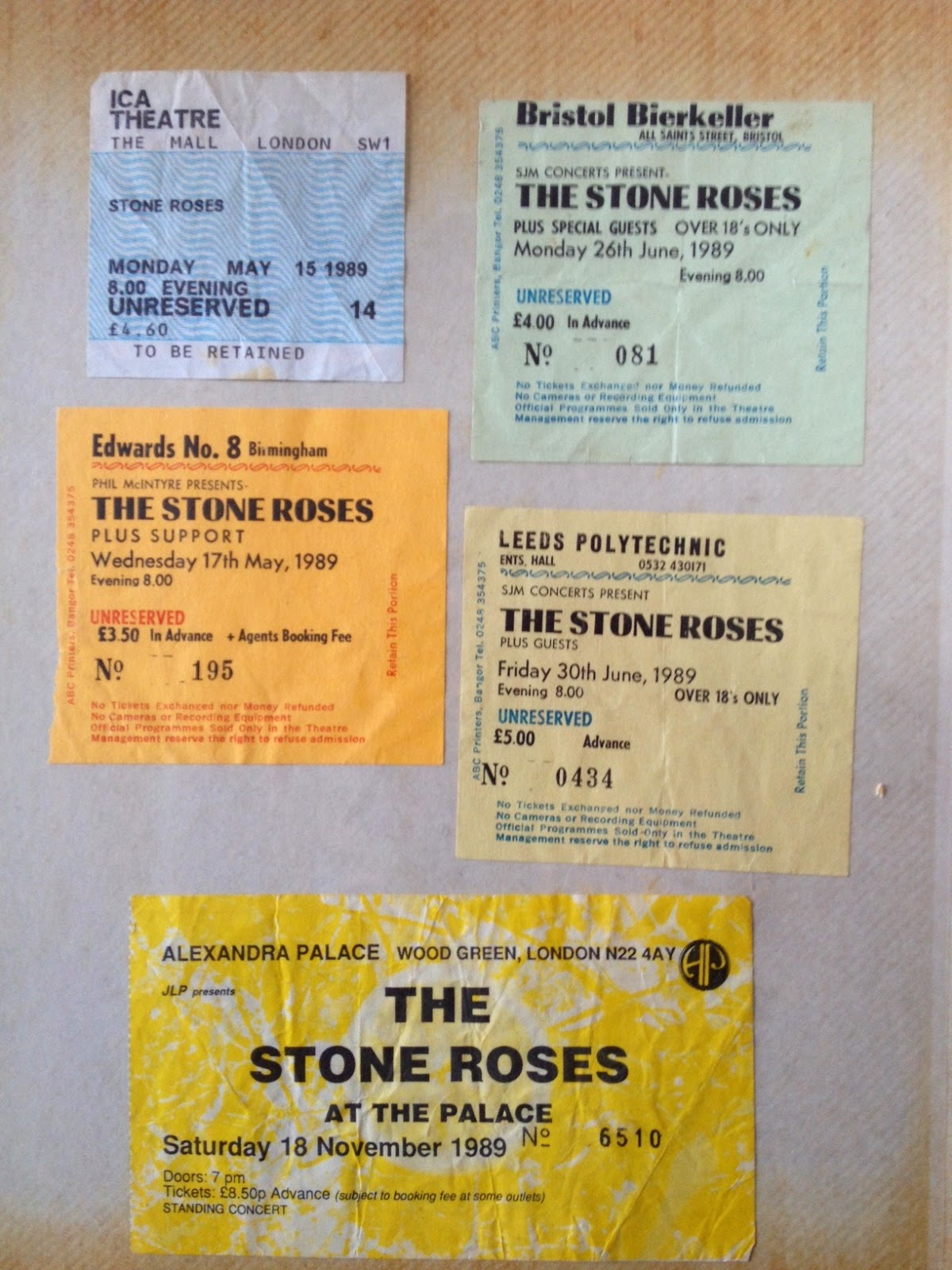 The tour for me, along with fellow desperado Tim Worth,  started with a trip to Bristol on the Monday to see them play the Bierkeller. Having just done a quick search a bootleg of this, along with a setlist, is available here. In fact the blog Spiral Through Another Day looks well worth a proper peruse as there seems to be lots of material to mine there, and whoever put this together obviously loves the Roses.  Most of the gigs I saw that week went by in a haze, although Bristol was memorable for me as I was carried 'backstage' after being crushed on the barriers at the front. Tuesday saw us driving to a place where I didn't even know they had a music venue, Stratford upon Avon. Now obviously growing up not far from there I knew it had a theatre and a lot of good pubs,  but it was the first time I had been to the Civic Hall, now known as Stratford ArtsHouse, and the first time I recalled a gig ever taking place there. It was only when googling that it started to come back to me, and whilst no set lists or details appear available on line, I can now exclusively reveal an original setlist from the gig, in John Squire's fair hand I believe, that I took from the mixing desk that night: 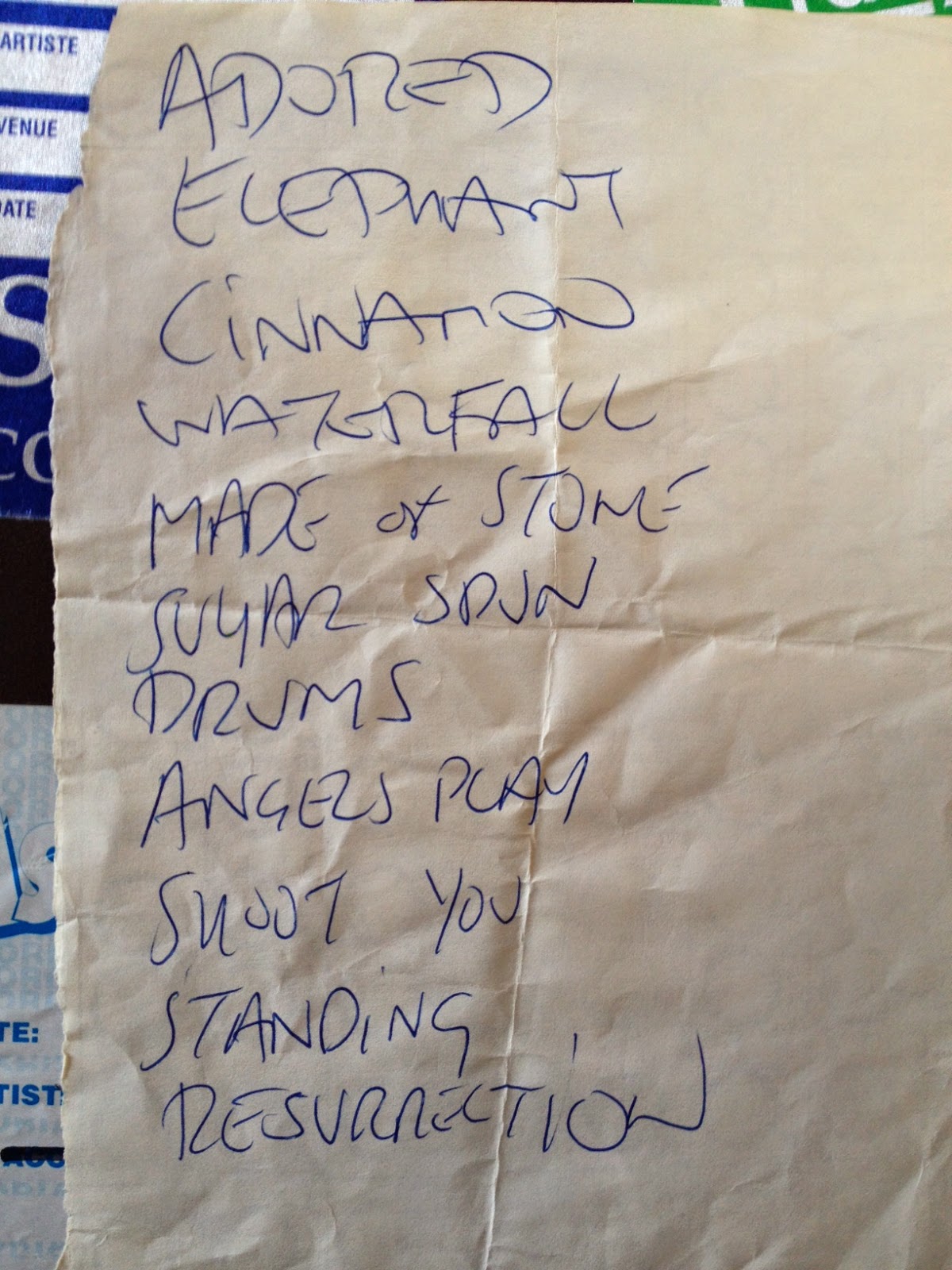 The Wednesday was Birmingham Irish Centre, and again a bootleg is available here. They weren't actually on the best of form that night, but three dates on the run may have dulled my senses somewhat. Thursday was a day off, a bit disappointing now looking back and its a pity that we couldn't have sorted out something for the 'missing' date.  The gig at Leeds Polytechnic on the Friday allowed me to revisit one of my student haunts, and even get a couple of beers in at my old local the Faversham beforehand. It was great to see some of my friends who I had been raving on about the Roses to, and to meet up in some sort of communal reverie.  We met the band outside and asked them what time they were on, Ian was driving the minibus as I recall. A web search does not give much in the way of detail, but I did find a really interesting flickr feed from a guy called David Crausby with a nice photo and backstory. A long drive back to Tim's house in Lichfield, having kidnapped Enda and Helen, and a weekend of heavy drinking ensued.These were actually some of the last times I saw the band, Blackpool and Alexandra Palace followed, and then even Wembley which I have blogged about in passing previously.
The Roses were immensely important for me on all sorts of levels.  For my inaugural professorial lecture I talked about the impact the band had, I even played She Bangs the Drums during it,  and I still use their case against Silvertone in my teaching. However, when news broke of the 'Resurrection', I may have been tempted for a moment, but it was only a moment, and whereas once it was the future, it was now the past and it was, somehow, out of time...

Guy Osborn
Professor of Law at the University of Westminster, London. Always on the look out for new collaborations, ideas, possibilities.